The race is on

Breaking with a relatively new tradition, last year I did not knit xmas socks. To make up for it this year, I am not only knitting socks as xmas gifts, they will be knit from xmas-themed colorways. Unlike the Yarn Harlot, who can knit a couple of pairs over a weekend, socks take me much longer. Before I retired, I might complete a pair over the course of a month. There aren't enough months between now and xmas, though, so I'd better double up that effort.

I'm fairly dedicated to toe-up socks these days, but discovered the hard way that self-striping yarn is not conducive to short row toes. 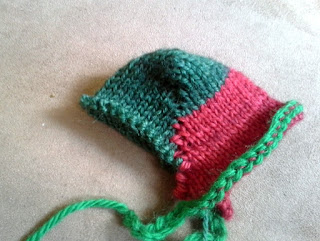 Then I had what I call a stupid day, one of those days when I can't seem to do anything right. In this case, despite have executed a Turkish cast on multiple times in the past, I simply could not get it to work; after a couple of rows, I consistently came up one stitch short and was unable to figure out where that stitch went. So I tried some other toe-up cast ons, each a big FAIL. I wasted HOURS on this fruitless task. ARGH!

Fortunately, the stupid day was followed by a better one, and I figured out that I needed to hold onto the tail to keep from losing that stitch. Two Turkish cast on sock toes coming right up. 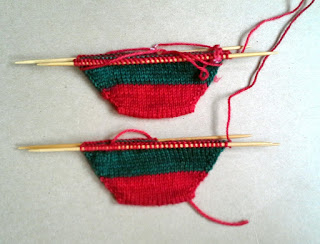 To avoid the dreaded second sock syndrome, I knit both socks in parallel. To complete my xmas mission, I need a schedule to tell me how many inches to knit per day. Ordinarily, I do not set knitting deadlines, but between the desire to return to tradition AND to knit these gifts in xmas-themed yarn, I am making an exception. We'll see how that works out.
Posted by bittenbyknittin at 8:23 AM No comments: Links to this post

Email ThisBlogThis!Share to TwitterShare to FacebookShare to Pinterest
Labels: socks

I have yet to make it to the mecca of all things wooly, the New York State Sheep and Wool Festival that comes to Rhinebeck each October. Through various bloggers, I visit vicariously, so I know what I am missing. Some day I will make that journey.

Meanwhile, that doesn't mean I can't buy me some yarn now and then.

From Simply Socks Yarn Co, some of their own Poste yarn, destined to become socks for xmas giving: 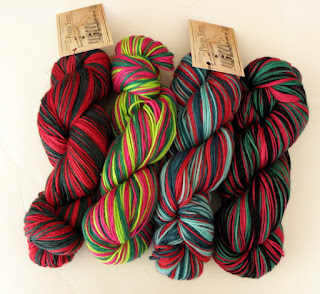 From Hancock Fabrics, lots of this Fisherman's Wool (it was on sale!), that will become a poncho (which are back in style!), most likely this one, although I have been recently distracted by this pattern: 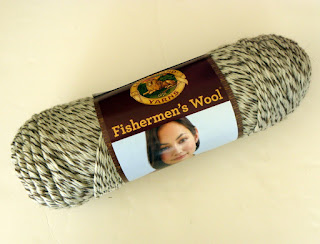 From The Fifth Stitch, Defiance, OH, comes some Cascade Heritage Prints sock yarn, that will be for moi: 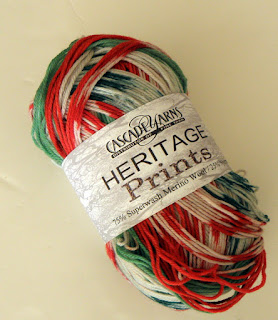 And that is my reward for finishing the black lacy socks.
Posted by bittenbyknittin at 8:52 AM No comments: Links to this post

The almost-most-boring-socks-in-the-world are done. The only thing that might have made them more tedious was to knit them in plain stockinette. I didn't want to use a pattern that was too fancy - these eyes are old - so this one fit the bill.


Side note: I hate-hate-HATE it when toe-up sock patterns end with "bind off loosely". Using a standard bind off, I have never been able to bind off loose enough for socks. For a while, I used EZ's sewn bind off, which worked well, but now I am a devoted fan of Jeny's Surprisingly Stretchy bind off. Well done, Jeny, well done.

Now. NOW. I get to knit some colorful socks.
Posted by bittenbyknittin at 3:48 PM No comments: Links to this post

Email ThisBlogThis!Share to TwitterShare to FacebookShare to Pinterest
Labels: socks, toe up

My SO and I took a ramble toward Clyde, OH, and on the way, stopped in Defiance where we enjoyed made-from-scratch cheesecake at A Little Slice of Heaven, cafe au lait from Cabin Fever Coffee, and YARN, lots and lots of yarn, at The Fifth Stitch.

Over the years, I have discovered that one can tell the health of a yarn shop by its inventory, and The Fifth Stitch is very, very healthy. I wish I had taken some photos (too busy yapping with the owner, who has been in business for over 40 years) because the walls and shelves were simply full. If memory serves me correctly (a bit IF these days), most of the yarn is grouped by color instead of weight or brand, a concept I think I have not seen elsewhere. The main exceptions to this were the sock yarns and baby yarns. There were also plenty of samples, and in the back of the store, many samples from the past, including complete sweaters.

Alas, the building has been sold and the owner is contemplating retirement in the next year or two. What will become of the shop then is unknown at this point. However, if you follow the store on Facebook, you may get lucky if/when there is a moving/retirement sale.
Posted by bittenbyknittin at 9:12 AM No comments: Links to this post

I dream of color

I have been working on a pair of black socks. Not variegated, not sparkly, just plain black. And are they ever BORING, not even worth photographing. To maintain my sanity motivation, I am promising myself a trip to Simply Socks Yarn Co in the near future, to pick out bright and colorful yarn for xmas socks.

What do you do to stick with a particularly tedious stretch of knitting?
Posted by bittenbyknittin at 8:27 AM No comments: Links to this post

I've attended several dye workshops, all geared toward yarn and roving, but ever since reading about shibori on Mason-Dixon Knitting, I've been yearning for a class on resistant dyeing. Yesterday, my wish was answered. Fort Wayne Parks sponsored just such a workshop, at the Botanical Gardens. Yee-ha!

The instructor, Lorelei VerLee, was the offspring of missionaries and spent most of her childhood in Japan, where her fascination with intricate fabric design began. She is now the Executive Director of Creative Women of the World (whose store front I must visit for xmas shopping). Both she and her assistant wore skirts of shibori. 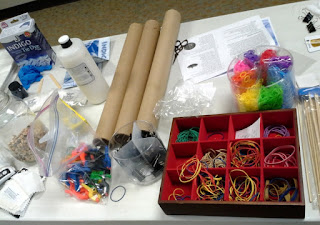 Lorelei made a point of using equipment and ingredients that we could easily procure, including an indigo dye kit she purchased from Dharma Trading Co. To provide the resist in resistant dyeing, one can use just about anything, from ceramic tiles to cardboard tubes, from rubber bands to binder clips, from marbles to chickpeas. We each received a length of cotton to experiment with and a hemp scarf for a "final project". 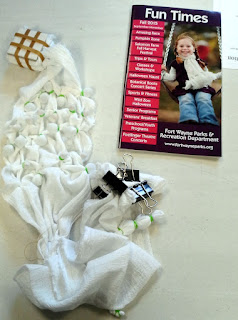 For my experimentation, I tried several methods: folding the cotton like an accordion, first in one direction, then another, then sandwiching the cloth between ceramic tiles held in place with rubber bands; wrapping cloth around marbles and chickpeas, holding the objects in place with rubber bands; gathering the cloth like shirring, using needle and thread (this technique was a fail for me - too loosely done); wrapping rubber bands successively around the cloth to form a little tower; and folding the cloth like a flag and clamping with binder clips. (For the record, this step and the step of removing all the resistant materials can be quite tedious.)

Next came the fun part: after wetting the cloth, it was dipped in indigo for a while (a few minutes?), then the magic happened. 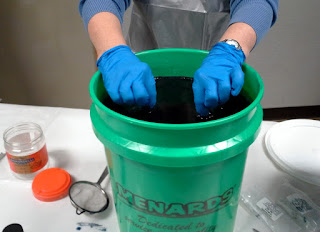 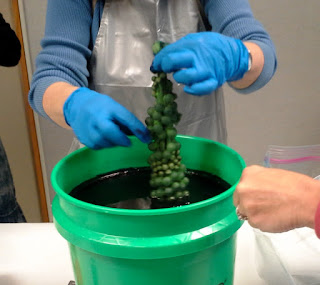 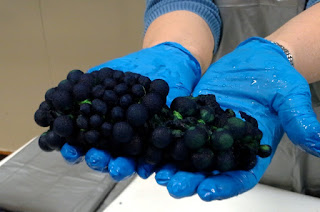 (It was during the post-dye bath rinsing where my hands turned blue-ish - it would have been nice if we each had a pair of latex gloves for this step. Most of the dye washed off when I did dishes that night, though.)

For my scarf, I wrapped the cloth around a cardboard mailing tube and secured it with rubber bands. I am not very happy with the results - too much white - so I may take it to the store and re-dye it, as Lorelei will have the vats available for a couple of weeks. 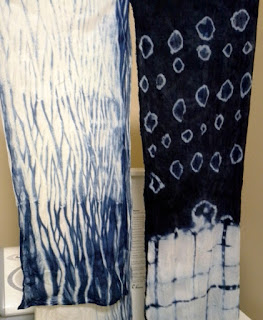 All this was accomplished in about two hours, which was just barely enough time. I didn't get a chance to chat up any of the other participants, although (from eavesdropping) I learned there were at least one or two knitters, some master gardeners, and who knows who else.

I always come away from these workshops with grand(iose) ideas of future projects. One that might actually happen is making a shibori sampler using 12" squares, sewing them together in a patchwork, then quilting the result to use as a curtain in my bedroom. I am also curious about using other dyes, like henna.