Only 13 days until xmas

This version of this pattern is actually the first one I started and was somewhat experimental, so it is for me and my hunting season hiking. I added a white crocheted border, to soften the orange, but didn't like it. I don't look good in hats to begin with, and the front flap was doing me no favors, so I removed that as well. As knit, the hat is a bit too deep for my head, so someday I may rip back the i-cord strings and flaps and about an inch of hat. Someday. Maybe. 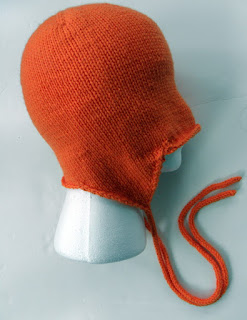 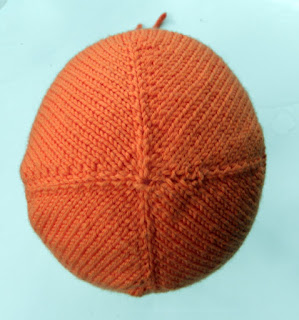 Trying to start it from the top down using metal DPNs was IMPOSSIBLE. The needles kept slipping out of the initial eight stitches. Consequently, the crown looks a bit wonky. I broke down and purchased some bamboo DPNs, so I wouldn't have this problem going forward.
Posted by bittenbyknittin at 11:34 AM

Email ThisBlogThis!Share to TwitterShare to FacebookShare to Pinterest
Labels: hat

I think it looks prefect!