In the home stretch

My daughter is less than a month away from her due date, so I am trying to finish up a few things, like this blanket I started shortly after I first learned she was pregnant. 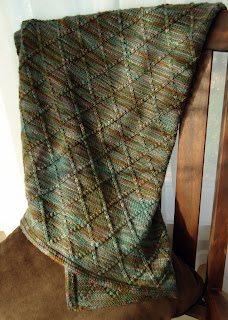 by Barbara Walker.  After trying several different borders, I settled on a double round of applied i-cord; I used the i-cord instructions from knitty, but followed Elizabeth Zimmerman's advice in Knitting Around

for handling the corners.  I would have preferred to add a third round, because the edges really want to curl, but I did not have enough yarn.

, by Debbie Bliss.  The hood is now grafted, and I am starting the seaming.  (Note:  The seaming instructions in this book are very easy to follow.) 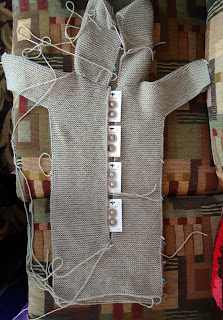 The pattern calls for a zipper, but I have never sewn a zipper into a hand knit item, plus I saw a version of this pattern here that uses buttons and button loops.  Hence, the buttons. 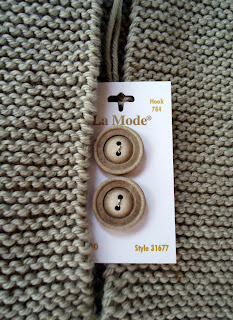 Note to self:  Never, ever try to shop at Joann's over the lunch hour.  The checkout line was long and there were only two cashiers.  Several shoppers had to give up and leave without their purchases.  Usually I shop at Joann's on my way home from work, when it is dead.  I was a little shocked at its daytime popularity.

I still have not decided what to do about the stained blanket.  The irony of WanderingCat's suggestion that I overdye the blanket was not lost on me because, gee, I paid a premium for this hand dyed yarn.  Still, I will keep that idea in mind.
Posted by bittenbyknittin at 11:49 AM